Rotel's CD11 Tribute CD player was engineer with hands-on support from audio legend Ken Ishiwata utilising a custom selection of acoustically tuned components delivering an even higher level of performance and acoustic clarity standing ready to playback the 200+ million CD’s that been sold over the past 30 years.

Rotel has been designing and manufacturing CD players since the RCD-855 was launched in 1989 and has never looked back since.

Thus, the opportunity of engaging with audio legend Ken Ishiwata to create an even higher performance model of the successful CD11 was eagerly accepted by the Rotel design teams. With over 40 years of audio engineering experience Ken’s collaboration with Rotel created something truly special – the CD11 Tribute edition.

The CD11 Tribute includes critical changes to the power supply, DAC circuits and precise selection of components in the audio signal path delivering an increased sense of space, improved accuracy, detail, and genuineness of the audio.

Specifically eight capacitor changes and one resistor change were made in the DAC stage while in the power supply all nine capacitors were changed with improved components.

A great deal of thought was given to the damping of internal vibrations with custom damping material added to the top cover to eliminate vibration and ringing, while further changes were made to the mechanical and electrical grounding of the CD player.

Supporting RCA analog and coaxial digital outputs, front panel display and a remote control, the CD11 Tribute continues the proud tradition of Rotel and is reflective of the legacy of Ken and his tireless efforts delivering audio products preforming well beyond their price point. 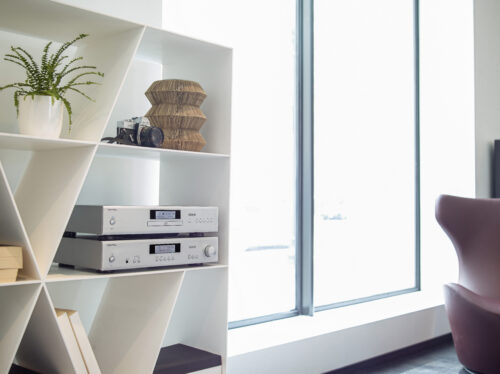 Reviews
2 Reviews
Customer Reviews
5.0out of 5
2 reviews
5 stars2
4 stars0
3 stars0
2 stars0
1 star0
Add a review
Hmm...you don't seem to have purchased this product yet to be able to leave a review.
You have already reviewed this product. If you would like to edit your existing review then please contact us directly.
Something went wrong! Please try again!
Sort:Most Recent Most Recent Highest Rating Lowest Rating With Photos Most Helpful
S
Stephen M.Verified Buyer
Jul 15, 2021
excellent service and great advice great products, helpful staff and prompt delivery
0
C
Craig P.Verified Buyer
Feb 15, 2021
Brilliant budget cd player. My cd's sound so much better with this player even running thru a 40 year-old Rotel RA 314 amp and a set of Linear Design speakers the same age.
0
Load more